credit Bob Herman - Bob is a health care business reporter at Axios. He covers the finances, policies and politics of the industry. 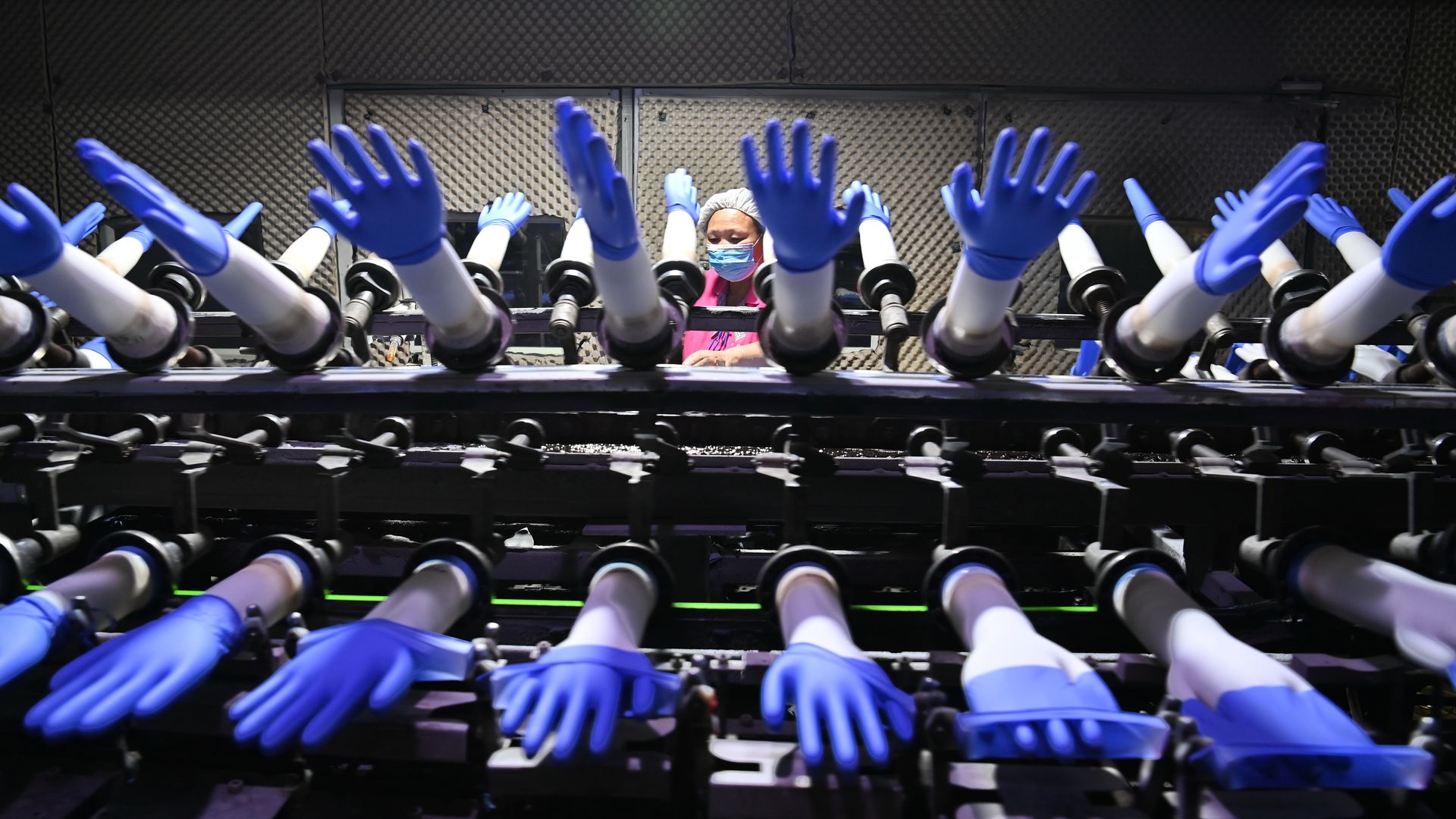 A critical shortage of medical gloves during the pandemic last year led to large price hikes from the makers of those gloves — costs that everyone ultimately will absorb.

Driving the news: Medical equipment supplier Owens & Minor reported $660 million of extra revenue in 2021, and expects an additional $235 million this year, based solely on passing along higher costs of purchasing gloves.

How it works: Suppliers like Owens & Minor buy large portions of their medical gloves from contract manufacturers, many of which are based in Asia.

Between the lines: Owens & Minor executives previously said the company would not retain glove price increases, saying it did not want to profiteer.

The bottom line: The medical glove industry has reaped a lot of extra money from pandemic-era shortages. This is one example of the inflationary impact COVID could end up having months or years down the road.